I am a Delhi girl and I don’t want to go back. 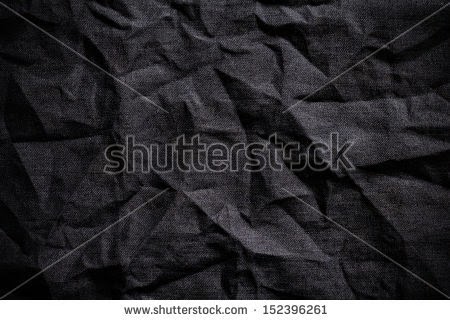 This weekend, I went to watch NH10 in the theatre. For those of you who may not have heard of the movie, it’s a story about a Gurgaon couple on a road trip somewhere further on in Haryana, who en-route get entangled in an honor killing case, where the goons turn on them for meddling. They spend the rest of the movie running for their lives. It’s violent, its brutal, it’s fascinating and it’s scary. It’s a good movie, in more ways than one.

We watched the movie, and then walked into McD for a quick snack. And as I sat there, staring at my unsatisfactory Chicken Mc. Grill, I cried. In the middle of Mc Donalds. A very crowded Mc. Donalds.

Just to put things in perspective, I don’t cry for movies usually. I was laughing at the end of Kal Ho Na Ho as Shah Rukh Khan half ran half heart attacked across the city of New York to make sure true love finds a way (Like, hello, cab much?). And I also am not the type to get scared by gore.

But this one, it hit home. Not because it was that scary, but because it was just too realistic. It was something, that if you have been born and brought up in Delhi, you would’ve experienced, a little too much.

No, I haven’t intervened in an honour killing case.

But if you’re any Delhi girl, who hasn’t spent her life being chauffeured and protected, and only visiting malls, you’ll find scenes in that movie a little too close to your reality than you’d like.

Don’t get me wrong, I love Delhi. It's by far one of the most beautiful cities ever, with its food, its history, its monuments, its open spaces, huge houses, and roads that go on forever. It has the concept of balconies and terraces and bedrooms that can fit more than just a bed for God’s sake! And contrary to popular belief, it also has some awesome people.

Speaking up…Delhi girls are learning to do that, slowly but surely. It’s becoming a way of life now, isn’t it? Being alert, pulling up men for misbehaving, taking them to the police station, irrespective of the crap the police might say to you. It isn’t the easiest thing to do, nor at a lot of times the safest, but girls learn young and they learn fast. How to survive in the city. It’s something that you grow up with, it’s natural adaptation. And it isn’t something that you notice or even pay attention to. Until you move out.

Maybe you think I’m exaggerating. Maybe I’ve had worse experiences than you. But I somewhat doubt it. I know too many friends who have been chased by goons in bigger cars while driving, cajoled by guys in a jeep while they rode a cycle rickshaw back to our hostel, had creeping hands that seemed to belong to nobody in crowded metros and buses, and been humiliated for speaking up. And this is when I and all my friends have led very normal and average lives.

I moved to Mumbai a few years ago. It’s a brutal city, not one known to be nice to visitors. It takes the theory of survival of the fittest to heart, and really knows how to kick your ass specially in your bad days. And it isn’t by far a very safe city. But… it’s safer than Delhi. I take public transport home after dark. Heck, I stay out alone after dark. And it doesn’t petrify me. Even if I’m not yet ready to completely throw away my pepper spray, it is now tucked away in a darker corner of my purse.

My point is, this city made me realize that there was something wrong with my Delhi way of life. I don’t HAVE to try and make it home before dark. I don’t HAVE to keep looking over my shoulder if I go clubbing. I don’t HAVE to assume every guy out there is a potential rapist. There is a better way of life, a normal way of life. And all this I realized from the not completely safe city of Mumbai. Imagine the learnings if I had moved to Singapore instead!

I am a Delhi girl, and one day I intend to move back. My family is there, and being far from them is a punishing routine in itself.

I am a Delhi girl, and one day I intend to move back.

But when I think of returning to a life of being scared of the dark, and half the city’s population…

I really, really, don’t want to.