On Adults and Adulting 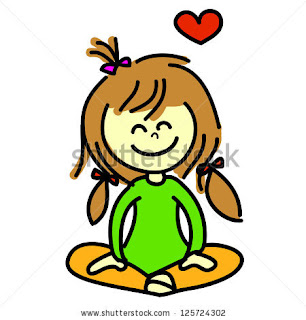 “We’re adults! When did that happen? And how do we make it stop?”

Meredith Grey might have her life’s hat on backwards, but she definitely managed to capture an entire generation’s thoughts into those sentences.

It’s funny, because technically, we turned into adults at the age of 18. But the actual brutal impact of it just doesn’t seem to hit you until almost a decade later. Because, you see, while you’re suddenly grown up enough to have a driver’s license and decide the fate of this country, life’s lesson’s haven’t quite rained down on you just  yet. (Maybe that’s what the much older Drinking Age limit is about, you know?). Because while you grow up hearing and thinking “Do that once you’re grown up…”, you never really are quite grown up enough to do most of those things. Here are a few examples of all the lies you’re told about being an adult, which reveal their true colours to you, a little too late.

“Get a dog when you’re living on your own.” Sure, I can barely manage myself living alone. I’m sure I can completely be trusted with a sweet lil creature. Specially since even a bamboo plant didn’t manage to make it in my care.

“Make your life’s decisions on our own, once you’re grown up.” Yes I can. No, I don’t always want to. Will you figure out how and when to renew my passport for me, please, pretty please?

Sure, I love being an adult and being in control of my life. But some days, just some days, I just want to run home, hand over the reins to my parents, and let them take care of things. I don’t want to fire the maid (while she abuses me in Marathi and I stare at her blankly). I don’t want to go grocery shopping (Kanda kaisa diya?). I don’t want to coordinate what time the plumber and the AC repairman should come. And I definitely don’t want to deal with the fungus growing on my clothes in my cupboard after every bloody monsoon!

Some times, just some times.

Until the next Sale season comes, perhaps.

Because come what may, I do like being in charge of my credit cards!
:D

P.S. I just realized how bloody girly and irresponsible this post makes me sound. But you know what, exhaustion gets to the best of us. Deal with it.

I grew up with an insatiable sweet tooth, something that demanded some relief post every meal of the day. And while on most days I would settle for chocolates or as a last resort a piece of jaggery, Mom for the most part did her best to put up something new every few days.

You see, my Mum happens to be a bit of a wizard when it comes to the kitchen, and especially with desserts. Something that the entire family (including cousins, near and far), have come to love and look forward to. And am sure it must’ve come as quite a disappointment to her, when I refused to even enter the kitchen, let alone show any signs of her sweet inclinations near the oven. She would take classes for strangers, and I would refuse to learn.

And now, when I’m sitting far away, in another city, I find myself sometimes (still rather rarely) inclined to make something sweet. Of course it never ever turns out the way her’s did, but my experiments till now have at least not been disappointing (except for one bad episode with Custard. Warning to readers, NEVER follow the instructions on the box!).

In fact, I had been looking forward to this weekend, after a rather tiring month, to do nothing but sleep, a lot. And that I did, all of Saturday morning, then afternoon. Suffice to say my day pretty much began at 5PM. And then I was wide awake. And hungry. And craving.

So I decided to bake some apple crumble (thanks to some old apples lying untouched in the fridge, which had been bought on the pretext of eating healthy)

And then baked some fruit cake.
And then some more. 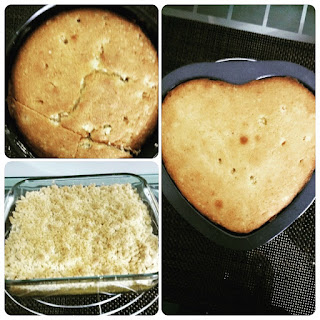 And chopping up apples to no end actually helped relieve a pretty bad mood I had woken up with. Stress buster identified.

So I figured I should finally take up what my Mum’s been trying to get me to do forever. Learn her recipes. Except sadly now instead of an in-kitchen live session, it’ll have to be an over-the-phone lesson and memories of how that dessert was supposed to be. Serves me right for being such an adamant kid.

But I’m kinda looking forward to it, you know? It’s like my very own “Julie & Julia”, except, my Mum is so much more than Julia Child :)