Of Babies and Billis 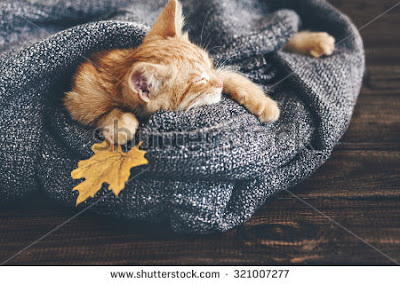 Before you jump to conclusions, neither are happening in my life anytime soon, so you can heave a sigh of relief (I know I would have!).

But what did happen is this sudden crazy obsession that I developed with adopting a cat. I really can’t explain it. I am intrinsically a dog person. But given our lifestyles, have pretty much accepted that keeping a dog as a pet is completely out of the question. A cat, however, seemed to be much easier to handle and take care of, specially by two people who still haven't completely figured out how to take care of themselves.

That said, me being the over-obsessed ME, I HAD to conduct all the background checks humanly possible, starting from following a gazillion animal groups, to googling everything to do with cats and first time cat owners (let it be known that crazy cat lady memes made me pause for a second, but didn’t manage to completely deter me), to talking to everyone I could think of who would know anything about cats.

And of course, talking to friends and families about their opinions.

Now, anyone with even the slightest bit of wisdom would be able to tell you, that that’s the BIGGEST MISTAKE ever. NEVER ask people about something you’re obsessed about, because they will invariably give you enough emotional and scary stories mixed with a little bit of logic to scare you off your goals FOREVER.

Now, anyone who knows me will also know that I came super prepared with every answer possible, and definitely managed to combat everything and send them flying in the opposite direction full Kill Bill ishtyle (add a little Hanzo swoosh for style). But what did come out of all these interactions were a list of very pertinent questions and statements, which I am quite thankful for, and which did eventually help me decide on the way ahead. Here are a few of my favourites, along with my answers, which can probably be used by you if you ever got the sudden crazy idea of adopting an egomaniacal creature.

OK, so I gave much more intelligent answers than that, except the last one. And the billi kameeni hoti hai one, because really, how does one respond to either of those?!

All in all, the decision has been made to not go ahead with such weird whims as assuming one can take care of another living thing and not torture the crap out of it. And I have to thank all the beautiful people in my life for it.

But here’s the one thing I have to say to everyone. The next time you meet a newly or not-so-newly married couple, ask them these questions, instead of asking them “When is the good news?”. Because, really, I have to believe, that as responsible human beings we all realize, that these questions are so much more important when it comes to popping out babies than anything else, no? Ask them if they’re ready for the responsibility, the expense, the reduction in holidays, the doctor visits, their relationship changing. Because I really really have to believe, that if adopting a cat would raise such serious (and valid) concerns, surely, these will be raised before pressurizing couples to extend their families, no?

P.S. I’m very lucky in that respect, with zilch pressure from anyone about starting a family. At least at the moment.


P.P.S. I am in no way saying that babies are judgemental or kameene. These things cannot be said aloud. You know.